The Boulder County Sheriff's Office recently received a 911 call from a restaurant in Superior. The caller stated that a customer was choking on a piece of chicken. Dispatch Supervisor Amy's further questions revealed that the patient was a female, conscious, and struggling to breathe. Amy immediately began providing instructions for abdominal thrusts for over a minute and with a less-than-optimal connection.

After a few more seconds, Amy asked the caller if she was still performing the Heimlich maneuver and the caller stated, “Yes, I am trying.” Amy then asked if there might be someone else available to assist. The caller stated that there was someone and Amy told the caller to put her on speaker phone. Amy began repeating the instructions slowly and with volume, pausing to verify that someone was assisting. A gentleman’s voice stated, “I am.” After continued encouragement and instruction from Amy, the gentleman was successful in helping to expel the object and the patient was able to breathe. Amy continued to provide patient care instruction and remained on the line until the first responders arrived.

That gentleman is John Loewen and today he received a life-saving award from MVFR presented by the crew who ran the medical call. 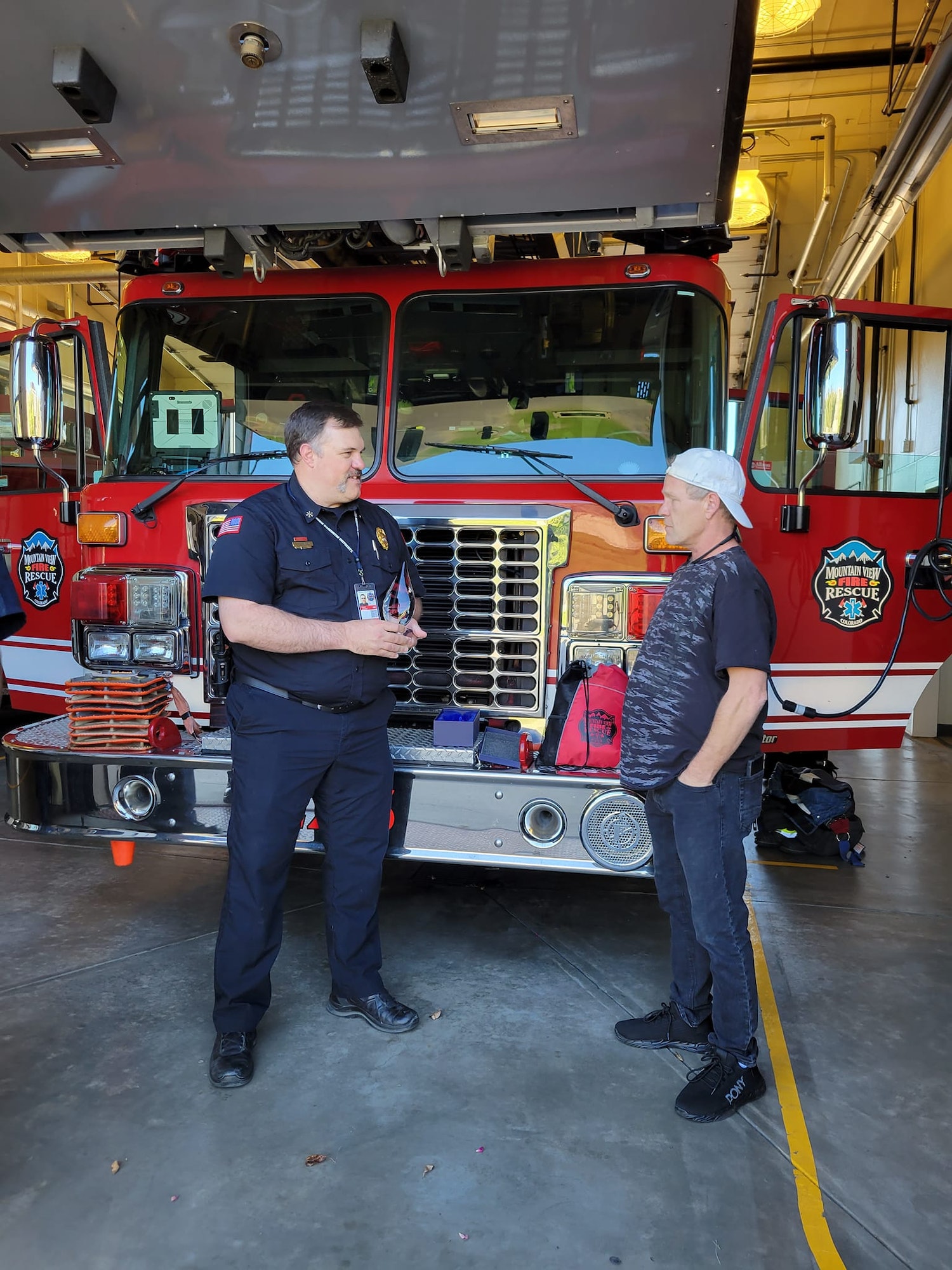 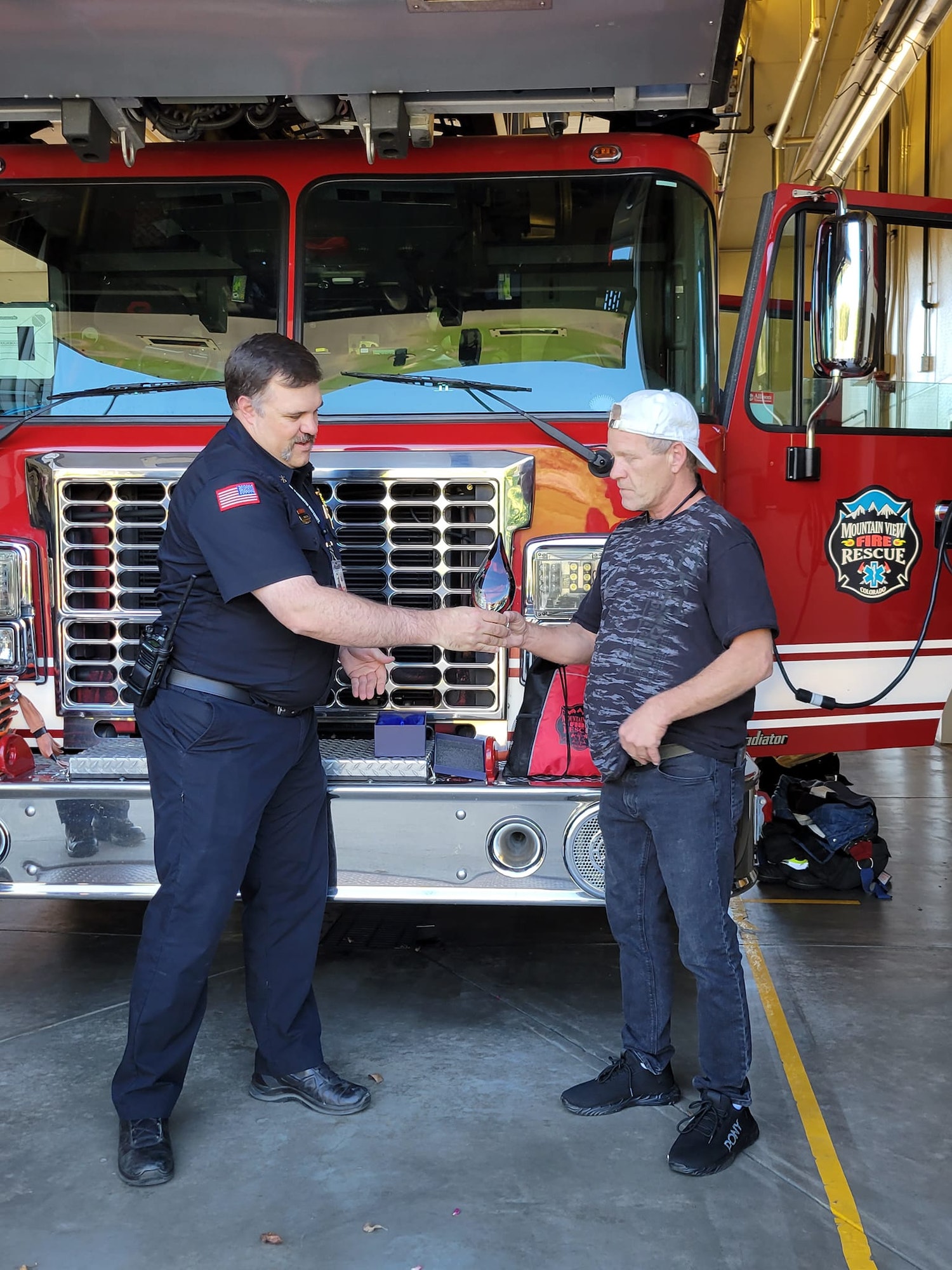